Skip to navigation | Skip to content | Skip to footer

What’s the point of Boat Brokers? 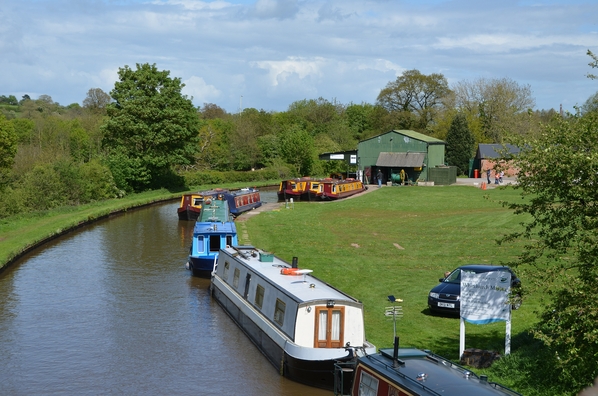 Here is an interesting article from the Canal & River Trust website about the importance of boat brokers.

Regular readers will know that from time to time a boater contributes an article to Boaters’ Update. Sometimes they’ve been inspired by an act of kindness while others, at the opposite end of the spectrum, have had their heckles raised by some inconsiderate behaviour.

This edition’s contributor falls in to neither category! Rusty instead reflects on the importance of boat brokers:

‘I’ve always wondered why boat brokers – and estate agents, for that matter – charge so much for what seems a very simple task. What can be hard about it? Person decides to Portland Basin, Ashton Canalsell, other person decides to buy, agree price, smile and nod, job done, no?

‘For something simple, and especially when it’s commercial merchandise of course, the transactions are easy. But a recent experience has changed my view so I think I’m beginning to understand. What has happened is that I have parted a couple from a treasured family member.

‘My childhood background always had a certain amount of itinerancy in it. Not that we were vagrants or running from anything, just that every few years dad got another appointment in a different part of the country, and off we went.

‘I remember feeling a mixture of regret for leaving the old things and excited anticipation of the new. Kids tend to think that whatever they’re brought up with is normal and I and my siblings regarded this degree of change as ordinary and to be expected.

‘To be honest it’s stood me in good stead through the uncertainties of working in British manufacturing industry over the last thirty-odd years. Move on, move up, fall over, get up again. Heads up, there’s always something new!

‘Oh, yes, the treasured family member. No I’m not human trafficker, nor a ruthless killer. “She” is a beautiful traditional narrowboat. At the first viewing you could see all at once, the love that had been poured out on her - and the scars of neglect from lack of use when family life moved on. It made sense to sell, they said, because it wasn’t being used.

‘So I was shocked when, having agreed to part with the asking price, every negotiation as to inspection, checking, and the usual financial to-ing and fro-ing of a purchase was met with what can only be described as an emotional outburst. Even the presentation of a draft bill of sale caused a hostile reaction. Honestly, in my younger years I couldn’t have coped and would have lost my temper. That would have lost me a lot of money and indeed the boat I have fallen in love with.

‘What it is, I think, is that at an almost subconscious level, these poor people were suffering a loss – or at least a loss anxiety – that my childhood has pretty much inoculated me against. Any challenge, any questioning and all this supressed emotion bubbled up. They’d had the boat a good twenty years and imbued it with their personalities, fettled it with their skills and, as you do, totally made it their own.

‘Don’t misunderstand, these were fundamentally decent people, but for them it was as if I was pottering around at a funeral asking how much you’d take for your dead mother’s favourite chair, can I have her cat and so-on. It was all just too raw.

‘This, then, is what the intermediaries do for their living. They stand between the enthusiastic and bemused buyer, and the grieving and regretful seller. It’s a scary place to be, and I’ll never think of them as unnecessary parasites again. After last week, you couldn’t persuade me to do it as a job for anything.

You may wish to browse our news archive below. Alternatively, keep up-to-date with our most recent news.